You’re probably familiar with the popular children’s song, “How Much is that Doggy in the Window?”

Buying or adopting a dog may seem that simple at the outset, but complications and situations can arise in your life and Fido’s that could call into question your legal ownership of your beloved dog, or even necessitate your ability to prove legal ownership.

Animal Law is Even More Complex than Human Law in Some Ways!

In some cases, your ability to do so could be the difference between keeping Fido by your side, or losing him forever. Some of these situations might include:

So When is a Dog Legally Yours?

In most of these cases, there are a few basic steps you as a dog owner will want to have taken before you and Fido might ever find yourselves in one of these situations, including:

Animals go missing for many reasons, and most pet owners never find out what happened to their beloved fur child.

If you’re fortunate enough to be in the minority of pet owners that are able to locate their dog after he has gone missing, you may still have some hurdles to clear before he can come home.

Chances are, Fido ended up with either a private party, such as a neighbor or other good Samaritan, who found him and has cared for him in the meantime, or in an animal shelter with the humane society.

Your Lost Pet Is With a Private Party 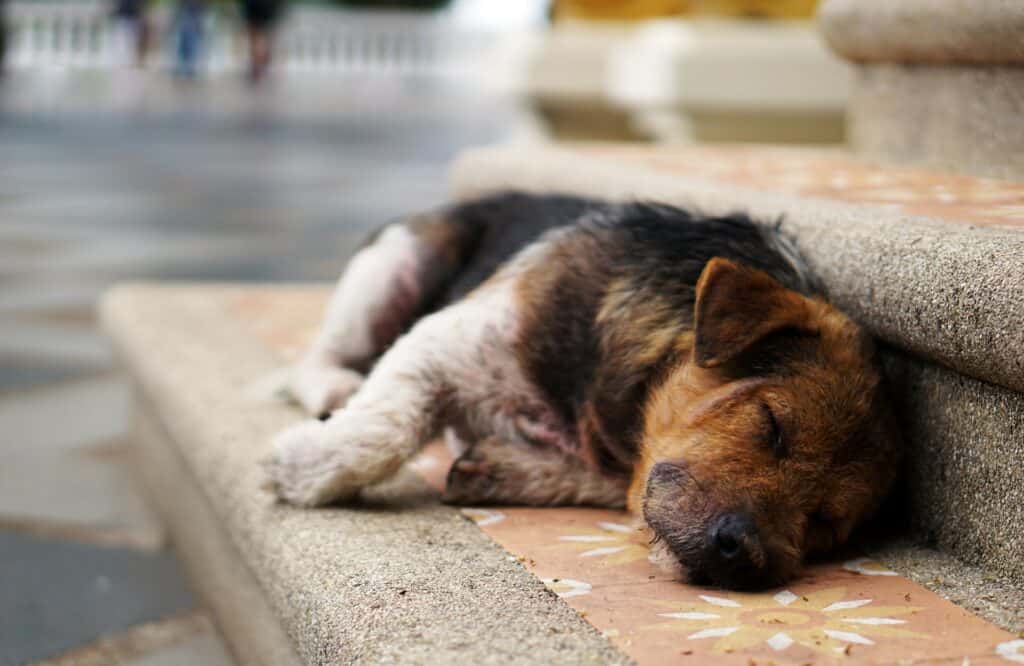 In the case of a private party having found and being unwilling to return the dog to the dog owners, the court first must determine if it believes you violated any animal cruelty laws, abandoned, mislaid, or lost your dog.

Were you following the leash law in your area? If the court deems you to have abandoned your pet, you lose all ownership rights.

However, if the pet is determined to have been mislaid or lost, you have a better chance of becoming reunited.

The term “mislaid” means you unintentionally left your dog in a specific location.

The owner of the location where you left your dog has superior rights to everyone’s but yours–so you are likely to be able to retrieve your dog. The term “lost” refers to your never having intended to leave your dog anywhere in the first place.

To help understand the difference between the two terms, consider these examples: You may have “mislaid” your dog if you brought him and his three canine friends to the off-leash dog park, and then came home with only his three friends, not realizing you were short one dog, who you inadvertently left at the dog park.

You may have “lost” your dog if he dug out of the backyard without your realizing it, or jumped out of your car and made a break for it as soon as you pulled into the parking lot at the off-leash dog park.

In the case of a lost dog, you, as the true dog owner, still hold property rights superior to those of the person who found your dog.

In both cases, the original pet owners typically maintain the right to your dog, as long as you can prove he does, indeed, belong with you, and you have found him in a reasonable amount of time.

According to the legal experts at Skaug Law, pets are considered property under common law, and you can easily achieve the return of your pet if you can prove original, legal ownership, also called true ownership.

Keep in mind, though, that after a few months (the time period may vary by location), you forfeit your original ownership rights, which are then granted to the person who found your dog, as long as that person reported your pet lost and did not just assume ownership without giving you a chance to find and reclaim Rover.

Proving Your Pet is Yours

Let’s assume you’ve been fortunate enough to find Fido, and he has been safe and sound all this time in some caring person’s home.

How do you go about proving he’s really yours? What determines ownership of a dog? Several precedents have been set for determining a dog’s true owner.

Your Lost Pet is at an Animal Shelter 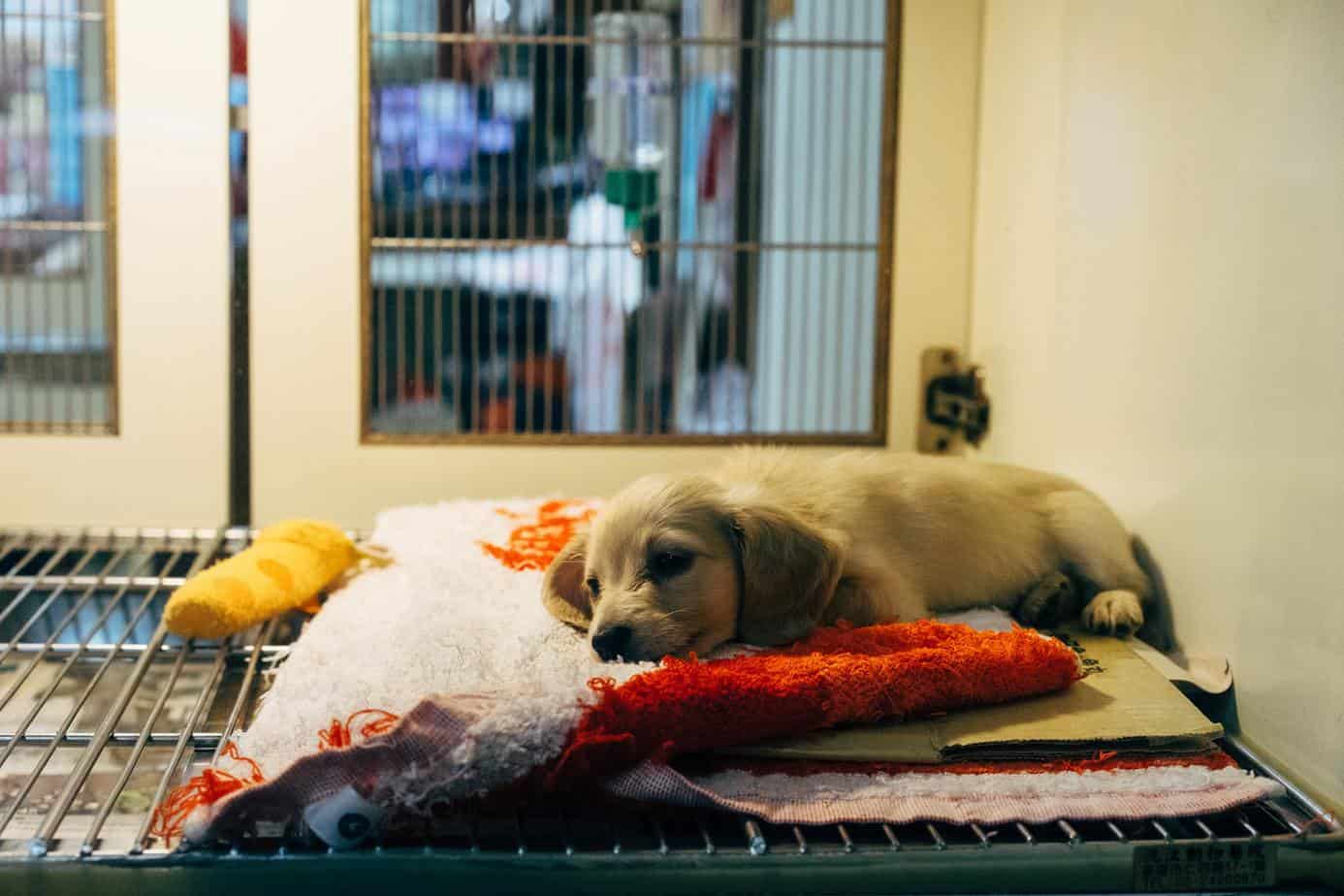 If a shelter is holding your dog, it must do so for a certain amount of time (which varies by location but may be as short as two days) while it tries to find and notify you of your pet’s location.

If the shelter has not found you before the allotted time elapses, it is legally authorized to sell, adopt out, or even euthanize your pet. An adoptive pet parent may get immediate ownership rights, making your reunion with your dog very difficult, if not impossible.

For this reason, it is imperative that you notify all nearby animal shelters and contact your local animal control if your dog ever goes missing—as well as regularly check-in to see if he is at any of these local shelters.

In addition, there are steps you can take as a dog owner before your dog ever goes missing to help ensure that should he find himself at the pound, you will be able to get him back home.

Proper identification is one of the most important elements of keeping Rufus safe should he ever become impounded. You can show them a picture of you and your dog wearing his favorite leather dog collar as proof that you are the owner.

You can also make a customized dog tag with your contact information in case your dog gets lost or impounded. Proper identification can include:

In many states, proper identification means your dog will get an extended holding period at an animal shelter before the shelter can legally dispose of him, whether through adoption or through euthanasia (which is not the case with stray dogs). 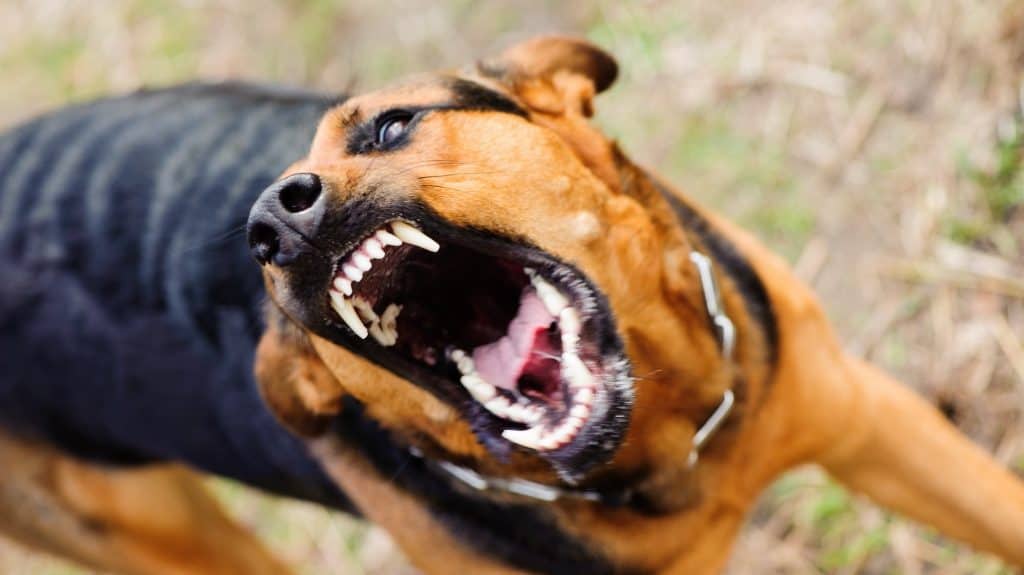 If someone reports to the local authorities, animal control or law enforcement that your dog has bitten, lunged at, or otherwise behaved aggressively toward them, you may be faced with a circumstance wherein animal control officers knock at your door, requiring you to relinquish Rover to their care due to the allegations against him.

If your pet has been labeled a dangerous dog, and you find yourself in this situation, it’s important to take advantage of your Fourth Amendment rights.

Although the local authorities may make it seem as though you do not have a choice in the matter, the Fourth Amendment grants you the right to resist unwarranted search and seizure.

Since the government considers your dog your property, you are not required by law to allow an official to seize your animals from your home without a warrant or court order.

If you do relinquish your dog to law enforcement at your door without demanding to see the court order or warrant, you essentially waive your ownership rights, decreasing your chances of getting Rover back home, a goal that will likely require a legal battle for custody.

Your Dog and Divorce 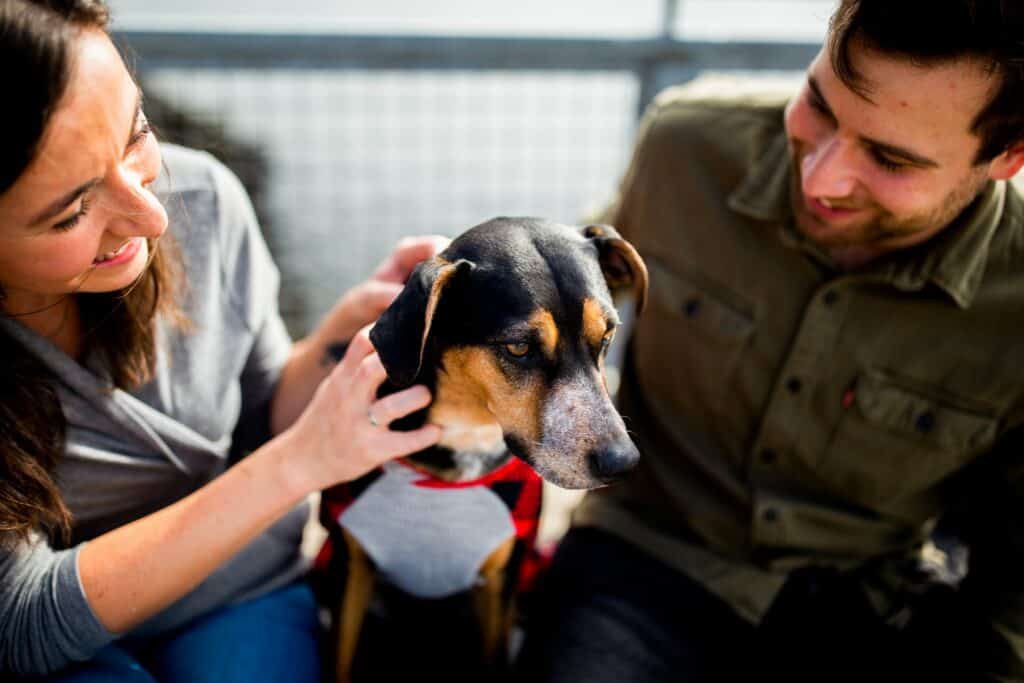 While you and your partner likely consider your dog a member of the family–your fur baby–the legal system sees him simply as property.

More so than the emotional attachments the two of you have formed with your dog, the court will consider proof of ownership from the pet owners to determine which one of you will maintain legal ownership rights over Rufus.

When is a dog legally yours in a divorce? In most cases, a judge will look at the following to determine who keeps Rufus:

Any of these four documents may help determine which of you should be granted custody, providing only one of your names appears on the documents.

In the case of these ambiguities, a pet custody case can operate under the same philosophy as a child custody case, asking the question: What is in the dog’s best interest?

To answer this question, a judge will consider which of you is most likely to provide the best life for your dog, attempting to answer questions such as:

As you can see, establishing yourself as Bingo’s legal owner from the beginning is very important in maintaining your legal ownership of him throughout his life.

Your companion animal is truly man’s best friend, and it would be a tragedy to lose him. Part of being a responsible dog parent includes establishing yourself as a legal, true owner by registering and licensing Bingo, keeping a file of his veterinary care records, and outfitting him with proper identification.

Taking these steps can help keep Bingo where he belongs–at home with you.

When Is The Right Age To Bring Your Puppy Home? (Checklists)

How To Crate Train A Dog- From Puppies To Old Timers

The First Day And Night With Your Puppy

I had a neighbor's friend bring me a dog on January 6th, 2021. The dog had been neglected and was not getting the proper attention it needs for a year old German Shepard. He had OCD behavior of chasing his tail all day long due to lack of stimulation, would grab onto clothing as a way to play, was very nippy towards children and adults, showed bad behavior and lack of training and attention all the way around. Well my neighbor who is an addict is now out of jail and wants her dog back. Since being here his behaviors have improved tremendously. Do I legally have to give the dog back knowing the environment it's returning to or can I petition the courts to keep him here.

There is perceptibly a bundle to identify about this. I believe you made some good points in features also.

Hey! This is my 1st commennt her so I juust wanted to give a quick shout out and saay I genuinely enjoy reading through your articles. Can you suggest any other blogs/websites/forums that cover the same subjects? Thanks a ton! https://gino1jh890g.medium.com/is-it-okay-to-use-the-same-essay-for-two-colleges-cde04e6e618d essay help service essay help service http://5fbdd99cab692.site123.me/blog/the-college-essay-timeline