Home > Getting a Dog > Why I Chose Sam the Rat Terrier 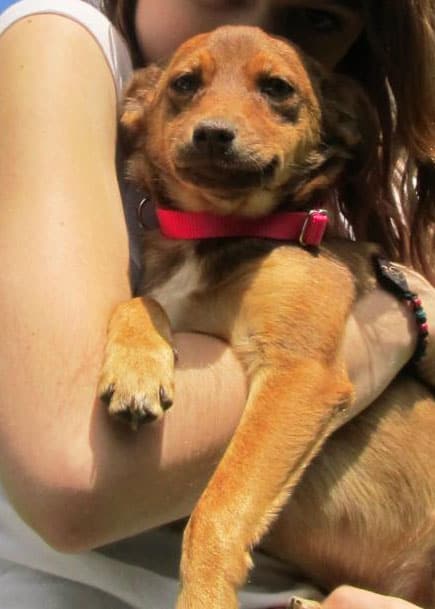 I have a secret; I was not completely comfortable with the idea of having another dog. Our yellow lab died of cancer at 15. Our next dog, a rescue, had kidney issues. My husband and daughter, however, wanted another dog in our family. That’s how Sam came into our lives.

I did set a few ground rules. We don’t have a huge house. I did not want another lab, though my husband did. As sweet as they are, they’re simply too big. My daughter wanted a husky, but I refused to have a dog that would shed heavily. An email response to my ad brought Sam, a rat terrier, into our lives.

Sam’s a standard rat terrier weighing about 25 pounds and standing 18 inches high. He is at the top of the height and weight range for this breed. A miniature rat terrier is more likely to be around 9 inches high and weigh 10 pounds. 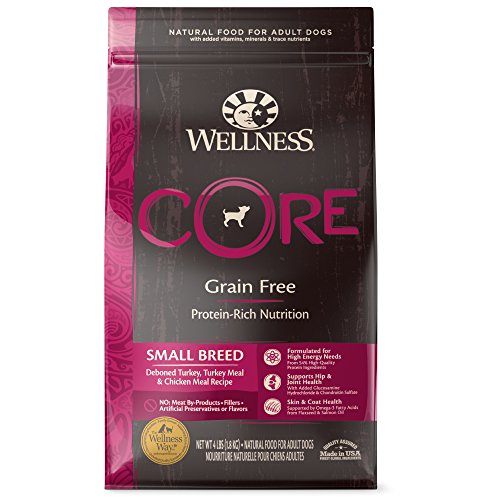 Looking for the best food for your small breed dog? Check out our comprehensive brand reviews here.

Pros and Cons to Owning a Rat Terrier

There’s a lot to love about the rat terrier breed. The rat terrier breed excels at catching mice, rats, squirrels, and other rodents. In a matter of 15 minutes this summer, Sam caught three moles. He’ll be outside playing, suddenly freeze, his ears cock, and he’ll pounce. Each time, he’ll lift his snout back out of the grass and have a mole in his mouth. If you have a mole problem in your yard, consider it gone.

Rat terriers are incredibly wise too. I dreaded housebreaking Sam. I credit his breeder with getting the puppies started, but after two accidents in the house, he never had another. Within two weeks, he was housebroken. I just had to learn his cue, which was he’ll sit in front of the door and stare at the knob. Easy enough.

Despite being a short-legged dog breed, we’ve had no major health problems with Sam, which is typical for rat terrier dogs. Watch for health problems like degenerative myelopathy, hip dysplasia, von Willebrand’s disease, and a luxating patella which is common in short-legged dog breeds. We insisted on meeting not only Sam’s parents, but we also met his grandparents and great-grandparents. With that and a peek at their vet records, we feel he’ll follow the same healthy path that they have. His only issue involves seasonal allergies where he gets very watery eye rims.

Rat terriers love to dig. We prevented any issues by training him to dig in a spot where we tap our foot three times. He’s rototilled sections of the garden for us many summers in a row. He loves it and never digs anywhere we don’t want him digging.

What to Know About Rat Terriers

Rat terriers are prone to separation anxiety. Sam trembles when I’m going out. Using a camera, we find he sits on the stairs until we return. To overcome his separation anxiety, before I leave, he gets one of his raw food patties and the other when I return. That seems to work best.

I’ve been warned that rat terriers like to escape their fenced areas. We’ve never had that happen. I tethered Sam to my waist for the first few months we had him. If he’s out in the yard with me, he stays near my side or within 10 feet of me. His siblings, my parents’ dogs, do escape frequently, so I highly recommend the tethering training.

I researched the breed first and understood energy levels are high. We keep Sam busy with time outside playing fetch and four walks (two miles total) per day. If he hasn’t burned off enough energy, there’s not a chance any of us will get sleep. I never realized just how much energy one dog can have. If you need a walking or jogging partner, a rat terrier’s a wonderful choice.

Sam’s a mama’s boy. He’s totally devoted to all of us, but he bonded most closely to me as I work from home. He’s protective, friendly, and smart as can be. I highly recommend looking at the rat terrier if you want a little dog with the heart of a tiger and the intelligence of Yoda. 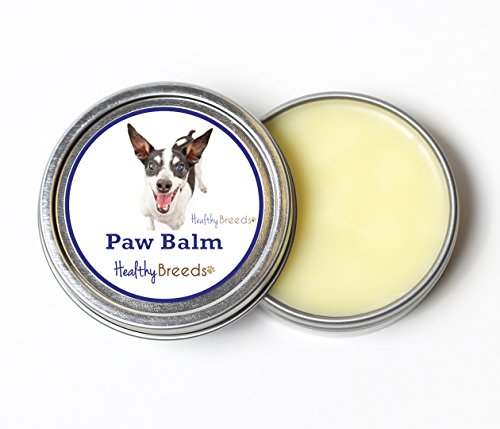 Getting a Rat Terrier

You may think that the rat terrier gets its name from its size, but that’s not the case! This American breed pooch was a farm dog, responsible for hunting down and killing vermin.

To find a reputable breeder for rat terrier puppies, you can also look at the Rat Terrier Club of America.