Bringing a new dog home is not like picking up groceries at the local grocery store.  There is more to picking up a canine at the local pound, shelter or rescue. Just like adopting a human child, as a prospective dog parent, you must analyze the space of your home, confirm your financial stability, and be confident in your ability to provide guidance to your adopted child. It’s also very important that you consider and/or find out if you or anyone in your household have allergies to canines.

Are You Able to Adopt a Dog? 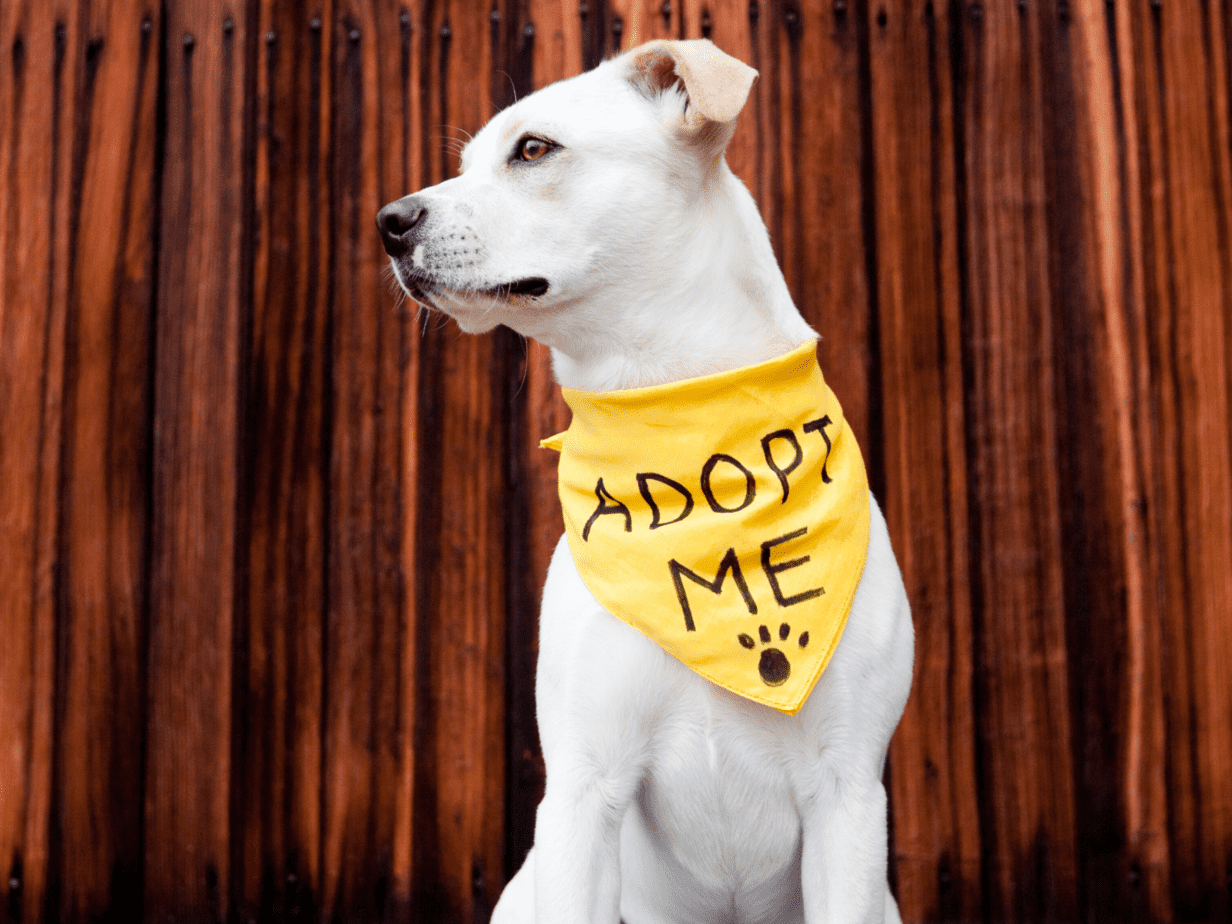 Once you’ve decided you want a dog, find out if you are allergic. This is imperative.

There is nothing more aggravating to any caring dog owner than to hear of newly adopted dogs returned back to the shelter, given away, or just let loose on the streets to fend for himself/herself. During conversations at the dog park with many loving dog parents, I’ve come to learn of the story of how they ended adopting their pooch. The number one reason these dog parents shared with me was how they were lucky to have found their baby because “the previous owners were allergic”. While these stories came out with a happy ending, it is hard to believe how someone could pick up a dog without checking to see if they break out into rashes or find out right away they can’t breathe. In some cases, it’s understandable if the allergy develops suddenly (like in the case of newborn children) but even then, there’s a fine line of how some dogs are just dismissed after being in a home almost their entire life.

So, if you are thinking of rescuing a dog, it’s a great idea to spend time around different breeds at shelters or adoption centers to find out if your body responds well to dogs. Better yet, stroll over to the dog park and talk to other dog owners and ask them if you may pet their dog.

For some of us, we’ve always known the breed, type or size of dog we’ve wanted. The sloppy eyes of a pug, the pristine pose of a lab, the carpet Wookie likeness of a Shitzu, these are just mere images imprinted in our memories until the day we decide it’s time to bring one home. For others, finding a little buddy clicks while touring a pound/shelter and seeing the mixed, breed, or furry faces, swaying in between sloppy kisses. Scanning around all the “take me home” stare of the residents can be a bit overwhelming. Whichever route you decide, take a practical approach to adopting.

Shelters are the best way to rescue a dog but unfortunately, not all shelters operate the same way. Funding is the biggest obstacle these organizations come across because it takes money to provide air-conditioning, food, and medical care to run successfully.

If you live in moderate to large cities, local pounds are usually located near police stations, city hall or other smaller areas within the city. Pounds, unlike traditional no-kill shelters, only keep dogs for a temporary time. Because local pounds are funded by the state, some pounds keep the dogs up to 7 days, while others are euthanized on the 4th day. However, the time frame varies from the pound, city, and state. The dog’s disposition, behavior and how old he/she is, determines whether a dog gets euthanized early or not. For example, if the dog is too aggressive or is fatally ill, he/she will be killed. Depending on their funding situation, some pounds/shelters will have websites with information about all the dogs available for adoption. If you know the type of dog you want, search through their database. They will list the dog’s  age, size, breed, and type.

While no-kill shelters don’t euthanize dogs, they are only able to keep a dog if they are healthy, well behaved or are not considered dangerously aggressive.  This behavior can only be assessed after the dog has been taken in, given the love, attention and medical care it needs. The majority of the time, dogs won’t have their history because they were either abandoned, found on the street or abused. Some dogs may not have a chip or any identification.

Most of the time, a dog’s aggression is a defense mechanism that activates when it’s left alone to fend for his/her own. Once the pooch realizes he is being taken care of, his/her barks and growls turn into mushy sloppy kisses. For canines that bring a lot of traffic to their web profile, no-kill shelters will place a label next to their profile image indicating they are close to adoption.

Many small shelters don’t screen people, operate with meager technology and are staffed by volunteers.  Despite their mediocre funding, many of these shelters do their best to keep and maintain a rescued dog until someone adopts him/her. By cutting down on staff and high-tech equipment, they can at least afford to provide dogs the medical care and consideration they need. At no-kill shelters, you are able to take your pooch home right away.  That means the very day you both bond you, you’ll be able to take your baby shopping for his/her favorite bed, toys and blankets. Carrying the cost of all the follow-up vet care soon after the adoption is complete is another financial obligations.

Prior to going to a breed rescue, look within a pound or no-kill shelter to find a purebred. According to Adopt a Pet, “25% of all dogs in a shelter are purebred” and are classified into groups. If you don’t find the particular purebred you want, then search online at a breed rescue for the specific breed you are looking for. 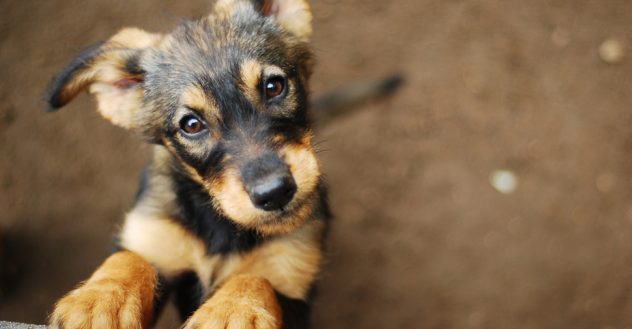 Most reputable rescues such as the ASPCA and the Humane Society Animal Sheltering are funded by corporate sponsors and donations from their members which enable them to run climate-controlled areas, kennels, medical doctors, personnel, and volunteers.  They even have a police unit that retrieves abused animals. However, these government facilities operate independently from the less high-tech facilities that claim to be associated with the brand “ASPCA or Humane Society”.  They may not be part of the actual foundations but are protected by each state legislature and animal rights groups. Due to the overwhelming amount of stray dogs, some of these rescue centers are overcrowded and underfunded.

Nonetheless, there are many moderate rescues compiled of specific breeds of canines rejected by their owners.  Most of these dogs have been considered not “up to par” with their breed’s competitive standards. Basically, they don’t meet all the requirements enforced by the AKC. Other purebred dog owners can’t afford the large litter their female dog had.

Rescues often have rigorous adoption rules and require background checks for each prospective parent. These organizations want to make sure the dogs they adopt out will go to a lovable home, free from stress. For these rescues, assuring a dog will be taken care of is their number one priority.

Often very expensive, rescues are very well informed on the particular breed they bring in. They will also place dogs under foster care until someone adopts them. Rescues also want to ensure your personality will match with that of the dog you chose.  Unlike shelters, rescues have many options available to help you with the screening process, provide in-depth breed information,  and may have aftercare assistance for new parents that have questions regarding their new pet.

Purebred organizations such as the American Kennel Club

(AKC) not only register purebred pedigrees, but they promote any/all information regarding each dog’s breed.  AKC is best recognized for sponsoring the Westminister Best in Show dog show. The organization also informs dog owners of links to breeds up for adoption. However, what you should keep in mind is that purebreds are bred mostly for competition and must pass every criterion prior to being recognized and entered in the registry. For some purebred owners, to be giving away their pup means their dog did not qualify to compete. However, this does not mean there is something wrong with the puppy. This simply means the puppy is either too tall, too short, it’s not asymmetrical, or whatever reason he was disqualified from entering a competition.

Whichever way you decide to approach a dog rescue/adoption, keep in mind there are unaccountable schemes out there that are meant to sell you a dog at any cost. The best precaution is to stay away from malls and animal stores. Walking through the glass encasings only gives you a glimpse of these poor animals living in at times abhorrent conditions.  Usually, dogs sold at stores come from puppy mills or are part of “pet flipping”.  Unless you carry out your due diligence and research the store, you won’t know where the dogs came from.

Bred for commercial gain, dogs in puppy mills are bred nonstop without any consideration of their feelings. Females are forced to mate without time to heal after having her pups. These little dogs are then sold to stores as is, with no regard to their life or health. Meanwhile, dogs at the mills are kept in unsanitary, repellent conditions and are refused medical care. Once the dog can’t reproduce, they lives are swatted to the end like a fly.

“Pet flipping“, as described by Fox Rothschild LLP Attorneys at Law, is when dogs are stolen and then sold as a “rescue” to a customer directly. Other times, someone pretends to be the dog’s owner at a shelter and then sells the dog to someone else. This is why many pet rescues have rigorous adoption procedures.

With a little more preparedness, bringing home a furry little child will be a simple process. The knowledge you acquire from the research you do will lead you to a pound, shelter or rescue that will supply you with the various options you have in order to bring your little love home. Make sure you thoroughly research the type of dog you’d like to adopt, and be open to mutts! If your heart is set on a specific breed, search breed-specific rescues before buying from a breeder. There are many healthy, purebred dogs who would love a home, and their adoption fee is often a fraction of what you would pay a private breeder.