According to a  2006 Gallup poll, 44% of American families include a dog. Fifty-nine percent of these dog-friendly households include a single dog, but the remaining 41% of dog-owning families include multiple dogs. Chances are, these dogs became a part of the family at different times, and had to learn to live together peaceably. If your family is considering adding a new dog to the household for the holidays–or any time of year–there are several considerations to discuss first.

Before attempting to introduce your dog to a new dog, determine whether one or both of the dogs are spayed or neutered. Introductions and future interactions are likely to go more smoothly if both dogs are spayed or neutered. You also want to consider the previous social experience and social history of each dog. Have they gotten along with others well in the past? Are they timid? Are they anxious? What kind of social behavior has each dog typically exhibited before?

Each dog’s background and history should also be taken into account. Perhaps one is a rescue who has suffered some trauma that may make meeting new dogs difficult, for example. Perhaps the other has spent his life socializing at the dog park and usually gets along well with other dogs. If either dog has had trouble getting along with other dogs in the past, you may want to consider hiring a trainer to help with the introductions.

Once you have decided to introduce your dog to a new dog, be it a potential new addition to the family, a walking buddy’s furry friend, or a dog who will be visiting for a period of time, be aware that it may not go as smoothly as planned. Each dog’s past social interactions and general background can pose difficulties for the introductions.

For example, if one dog has been attacked by another dog and is therefore anxious, initial introductions may prove challenging. Also, like people, all dogs have certain personalities and may be predisposed to be open or closed to new social settings and new dogs. As stated above, if either dog has a history of or predisposition towards anxiety, aggression, etc., hiring a trainer to be present for the introductions is likely a wise choice.

Be  Aware of Body Language

Before introducing dogs to each other, you should make sure you know how to read their body language. Here are a few things to look for as you proceed with introductions:

Throughout the steps above, remember to use positive reinforcement, such as high-value treats or praise, for all good behavior. Use verbal prompts for less than desirable behavior, and slow down the introduction if necessary. If the attempt seems a failure, consider involving a trainer. 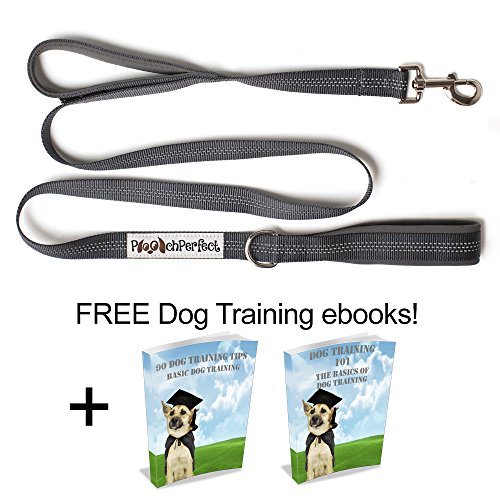 If the initial introduction goes well, your situation may eventually require the dogs to be in the same household together. Do not attempt to place the dogs in the same house or building until they are 100% comfortable on neutral territory. Once this is the case, transport the dogs from the neutral territory to the home in separate vehicles if possible, or separate crates in the same vehicle if necessary. At first, keep the dogs in their own separate space within sight of each other, using a tall baby gate like the one shown below. Be sure to continue to reward any positive social behavior.

Even when the dogs are separated but within sight of each other, never leave food, treats, toys, or any high-value object out or accessible, as the dogs may fight over it. Monitor the dogs closely with the gate up before allowing them to spend time in the same room together, and maintain close supervision for an extended period of time whenever the dogs are together in a room.

Even once you are confident the dogs will get along in the same room together without close supervision, always separate them when they are eating or when you are providing treats. You don’t want to create a reason for competition to begin.

Finally, allow the dogs themselves to establish dominance and submissiveness. Do not impose upon them your idea of which dog (senior pack member, for example) should be dominant. 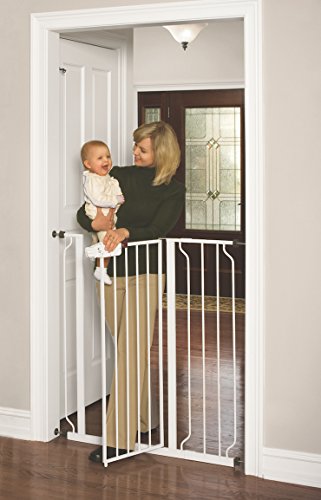 While introducing dogs to each other can pose some difficult challenges, if done correctly, introductions can prove smooth and successful, and lead to a happy, harmonious pack.